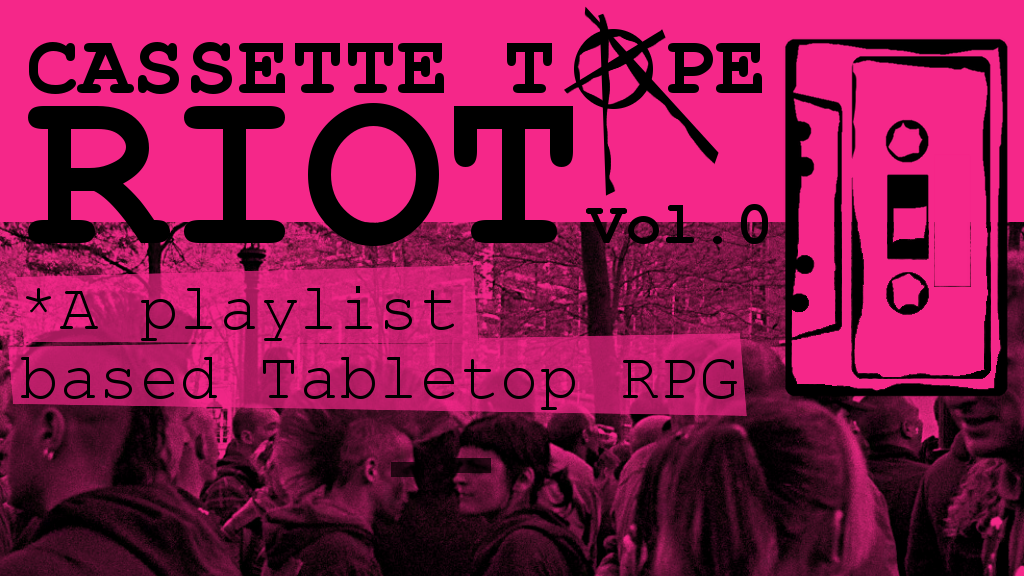 this game resonates with me so much, as a writer, as a designer, as a gamer, as an anarchist. it’s set in an alternate 90s, “where you patrol the streets in search of cheap beer, live shows, and fights.” i’m unsure in what way this 90s is alternate at all. i hope for magic, but that’s not implied anywhere.

CASETTE TAPE RIOT has an episodic nature, and this is volume 0 (my own zinequest is also for the prologue to an episodic adventure!). the game revolves around music playlists, a fascinating mechanism that also really works for me. it’s a very normal part of my process to shape and outline projects around musical themes. combine this with the charm of the character sheets and sticky-notes-as-inventory that i anticipate will outlive playtesting and you have a project with the kind of retro/analog appeal that zinequest is suited to generate.

but also, for fuck’s sake, unless it’s a deliberate anti-capitalist statement, get a god damn website!

funding expectation: i’m really hoping this game gets funded! it’s the only project that i’ve gotten to well before it’s goal but i’m hopeful!