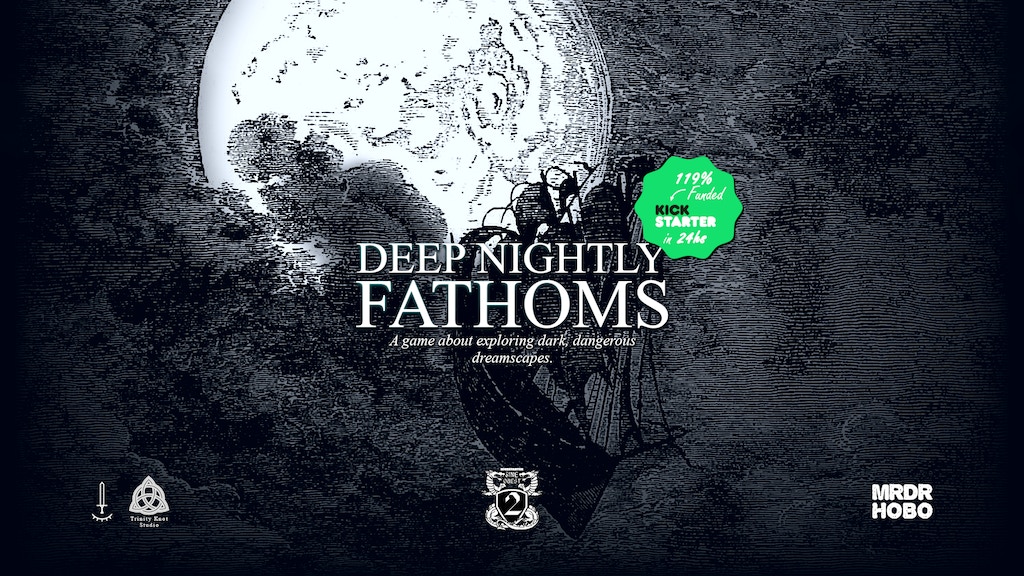 a dark, dreamscape rpg inspired by a 19th century artist whose work is simply haunting. fantastical, surreal, and horror elements come together to shape the game’s setting, the kingdom of night. the black and white printing is certainly apropos.

the game runs with a dream master and 1-2 players, which feels like an intimate premise. it’s been a while since i’ve played a game designed for so few, but there’s also optional rules for expanding to a larger group.

beyond the art, the writing is incredibly evocative. it’s a game of exploration and discovery in a land where everything eventually fades to oblivion. there are some very cool stretch goals for expanding the games components, such as landmark cards and an app, both of which seem likely to be unlocked.